Welcome to our online store !

The Leader in High Quality Wine and Bar Accessories

Octoberfest originally started in Munich on October 12, 1810. It was to celebrate the marriage of Crown Prince Ludwig with Princess Teresa von Sachsen-Hildburghausen of Saxony. The next year an agriculture fair was added along with horse races, music, carnival rides, and oh yeah, beer halls. Years later the fest was moved to start in September because the weather was better. More than one million gallons of beer are sold during Octoberfest. 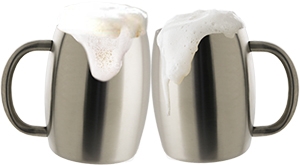 You have no items to compare.